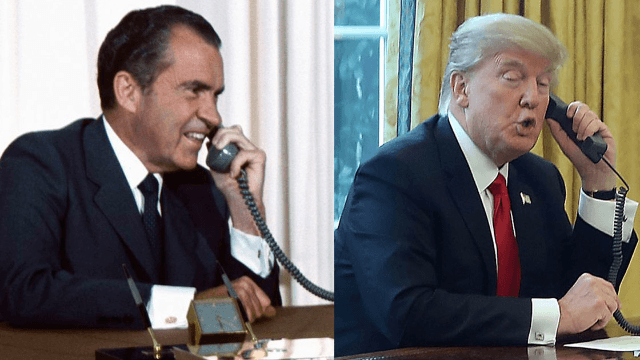 Besides Fox News and Breitbart, there's another entity out there that doesn't want any comparison between Donald Trump and Richard Nixon.

After Donald Trump decided to fire the man in charge of an investigation against him—FBI Director James Comey—the comparisons flew like birds. Journalists, tweeters, and every American with a shallow grasp on history immediately drew parallels to Richard Nixon. In Nixon's famous "Saturday Night Massacre" the president fired special prosecutor Archibald Cox, the man in charge of the Watergate investigation against him.

Enter the institution in charge of Nixon's legacy: the Richard Nixon Presidential Library. They seem insulted by the comparisons.

"FUN FACT" they wrote, dripping in sarcasm. (Even) "President Nixon never fired the Director of the FBI... #NotNixonian."