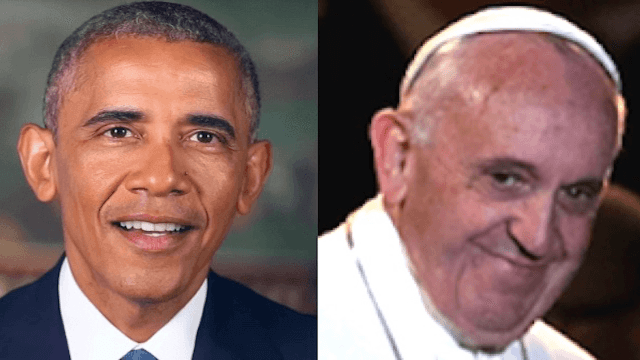 A new rule of the internet in Donald Trump's America is that for every Trump gaffe, there is an elegant troll from President Obama's official White House photographer, Pete Souza.

When twice-divorced President Trump met Pope Francis, Pontifex was less than enthused, serving up a grimace direct from god.

What an unbelievable photo pic.twitter.com/fGIaNZZQvY

The photo quickly became a meme, and Souza couldn't help but chime in with a picture of a happier presidential-papal meeting.

Neither Trump nor the Pope seem to admire one another outside of the obligatory press statements.