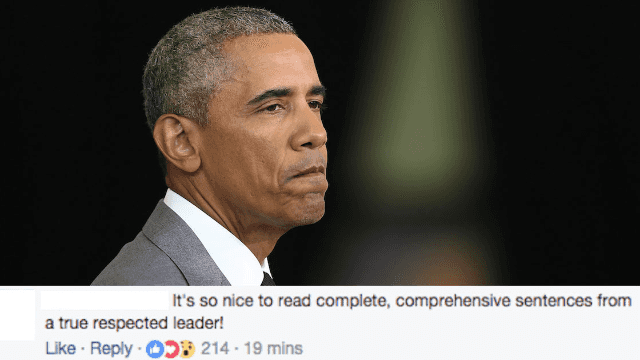 Obama spoke out on Trumpcare and everyone's begging him to come back.

Now that the text of the secret Trumpcare bill has emerged from the shadows, former president Barack Obama has stopped kitesurfing and released a long, powerful statement on the GOP attempting to hastily rip apart his biggest legislative achievement.

Needless to say, he is not a fan.

"The Senate bill, unveiled today, is not a health care bill." Obama writes. "It’s a massive transfer of wealth from middle-class and poor families to the richest people in America. It hands enormous tax cuts to the rich and to the drug and insurance industries, paid for by cutting health care for everybody else."

Obama also threw shade at the GOP's shady, rushed process, crafting the bill in secret and demanding a vote the next week.

"We didn’t fight for the Affordable Care Act for more than a year in the public square for any personal or political gain," he said. "We fought for it because we knew it would save lives, prevent financial misery, and ultimately set this country we love on a better, healthier course."