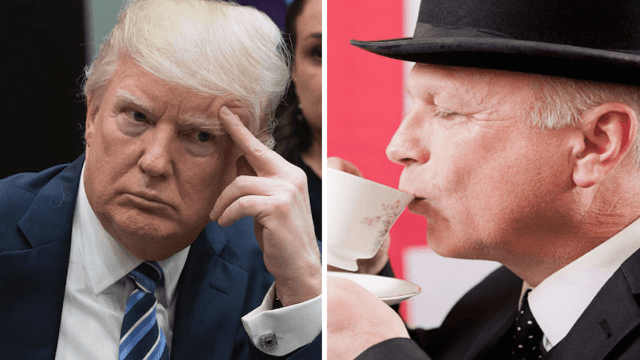 "The newly elected president is delighted to see Britain leave," said Juncker, as the UK prepared to follow through on their vote to separate from the European Union.

"If he carries on, I am going to promote the independence of Ohio and Austin, Texas."

Yahoo News reports that the crowd of European People's Party delegates laughed at the remark, but Donald Trump's support of Brexit has surely infuriated supporters of the European Union. Trump's been anything but subtle about the issue.