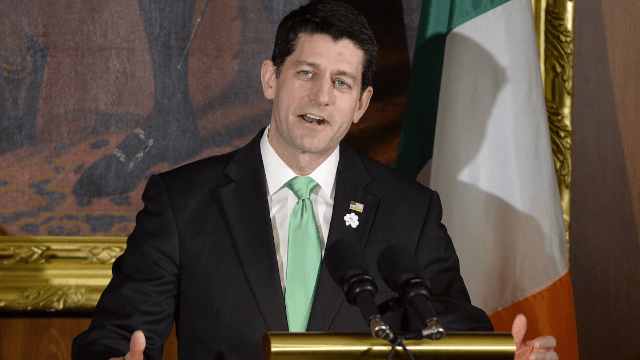 Paul Ryan offends all of Ireland with his pitiful pint of Guinness.

Paul Ryan managed to offend all of Ireland when he appeared at the Washington, D.C. Friends of Ireland luncheon on Thursday - but not because of anything he said.

Irish journalist Naomi O'Leary shared this image from the event. As you can see, Ryan is holding a very sad-looking pint of Guinness.

First Mike Pence says 'top of the morning', then Paul Ryan holds up this appalling pint, grave missteps by the US pic.twitter.com/U4ktqf0Aag

I would be remiss not to also point out O'Leary's report that Mike Pence actually said, "Top of the morning," which warrants its own face palm. Let's all do it together.

Great work, everyone. Now back to Paul Ryan's sad beer.

People on Twitter caught wind of O'Leary's photo, and the jokes started rolling in.