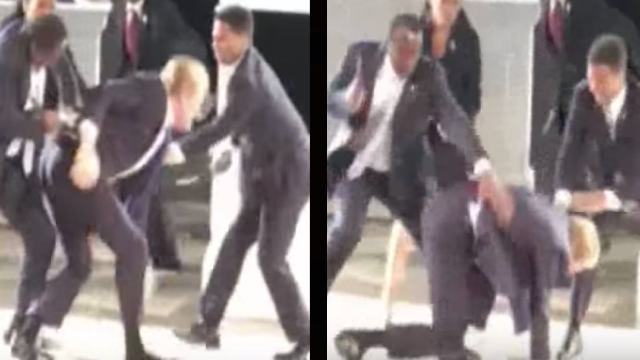 This production of 'Julius Ceaser' depicts Trump getting assassinated. Advertisers are pulling out.

People who have clearly never read Julius Caesar are angry about The Public Theatre's new Trump-inspired production of the Shakespearean classic after discovering that the show depicts a gruesome assassination of the titular character. This is why you should have paid attention in 10th grade English, folks.

This production opens on Monday at the Delacorte Theater in Central Park, and instead of featuring togas and laurel wreaths, depicts a Trump-esq Caesar with a particularly long neck tie and distinctively bad hair. Caesar's wife, Calpurnia, also strikes a resemblance to first lady Melania Trump, and according to CNN, speaks with a Slavic accent in this production.