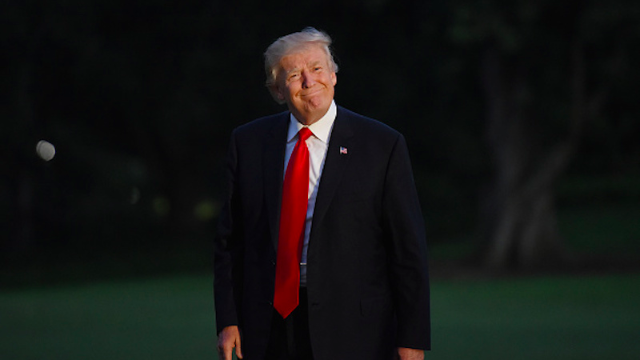 Poll asks people the first word that comes to mind when they think of Trump. They do not hold back.

Every day we have to wake up to another round of Trump tweets is a brand-new nightmare that still manages to feel like a repeat of the previous one. But while many of us continue to bang our heads against a wall, it's worth remembering that millions of people voted for the man and still support him... right?

Well, maybe not as many as you think. In a hilarious new survey from the respected pollsters at Quinnipiac University, American voters gave Trump "a near-record negative 36 - 58 percent job approval rating." The poll also revealed that Trump is losing ground with independent voters and that his core base is eroding: white men and voters without a college degree—who both decisively backed him even a few weeks ago—are now beginning to desert him.

But by far the best part of this poll is where they asked participants what single word first came to mind when they thought of Trump. If he ever sees this list, he's probably going to start firing some nukes at blue states.