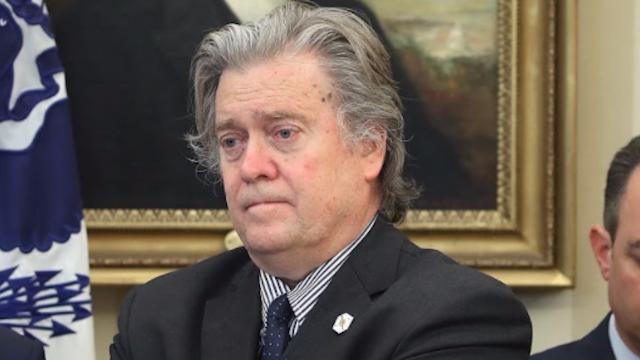 It's official: Steve Bannon was finally fired from the White House.

Another one bites the dust!

As of Friday afternoon, the White House's controversial Chief Strategist has been fired from the Trump administration, reports ABC News.

Prior to his removal, rumors were swirling that Bannon has been clashing with other White House staff, including Chief of Staff John Kelly. Before joining the Trump campaign, Bannon served as the executive chairman of far-right news site, Breitbart News.

Twitter basically had a party in the wake of his removal:

Sources tell me that Steve resigned because he wanted to spend more time sucking his own cock.