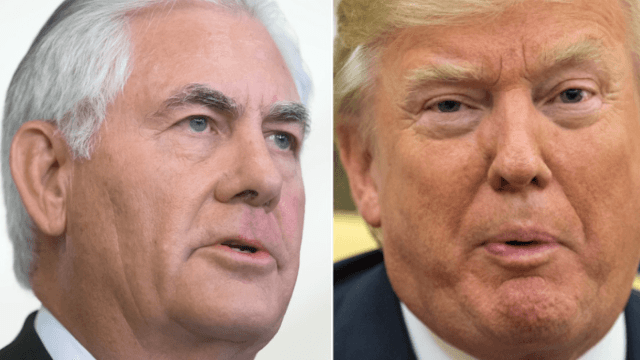 On October 4, the Daily Beast wrote a piece about secretary of state Rex Tillerson calling President Donald Trump a "moron." They reported that the insult came one day after "a meeting about Afghanistan in which Trump compared the process of reviewing strategy in the country to the renovation of a high-end New York restaurant." Now, NBC News is reporting that Tillerson called Trump a "moron" after a meeting concerning the U.S.' nuclear arsenal in which Trump asked for 10 times more nuclear weapons. YIKES.

The meeting was in July, according to NBC News, and Trump's insane request was apparently in response to information Trump was given about the U.S.' steady decrease in nuclear weapons since the late '60s. The officials at the meeting were said to be surprised by his request, and had to explain to Trump "the legal and practical impediments to a nuclear buildup." That's good and normal, right?