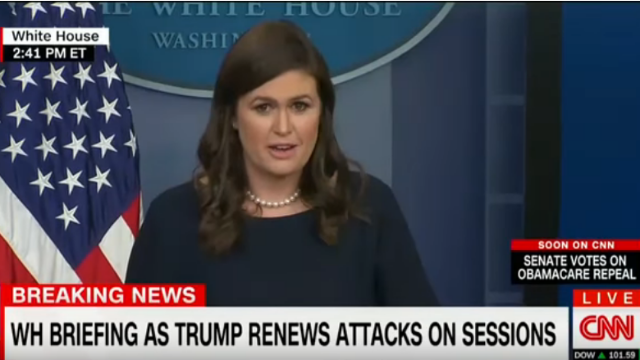 Sarah Huckabee Sanders has a new strategy for White House press briefings. From now on, she is going to start some briefings by reading a piece of Trump's fan mail. No, really. That is a thing now! Fan mail, she says, from some of the "forgotten men, women and children" who love President Trump very much and believe he is a nice person who does not use an excessive amount of bronzer, thank you very much.

She decided to kick off this new tradition by reading a letter from someone claiming to be a 9-year-old boy named Dylan "Pickle"Harbin who really, really loves Donald Trump and thinks he is the best and had a Donald Trump themed birthday party and everything. Because our president, apparently, is the new Captain Kangaroo.