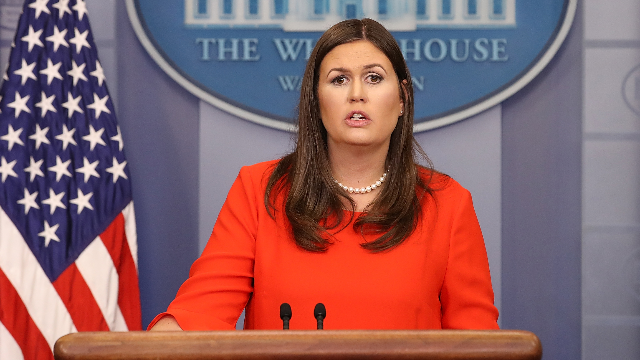 The 5 most bonkers moments from today's White House press briefing.

On the day reported Trump nemesis and FBI Deputy Director Andrew McCabe announced his resignation, Sarah Sanders went to the White House press briefing with an intro about the administration's priorities for immigration reform. The first question was, nonetheless, about McCabe.

So right off the bat, shocking.

The second question was also about McCabe. And the third. And the... you get it.

We're off to the races!

1. Sarah Sanders played the hypewoman, saying the State of the Union will be 'must watch TV.'

Sarah Sanders kicks off the briefing by saying the State of the Union is "must watch TV." Interesting way to cast the first state of the union by the first reality TV president.