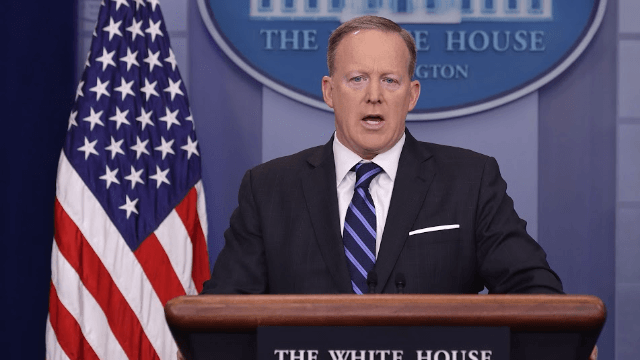 Good god, Sean Spicer's next gig might be on 'Dancing with the Stars.'

Q: When you've been cast out by your peers, left a laughingstock, and have nowhere else to turn, where do you go?

A: Dancing with the Stars.

Sean Spicer, the dearly departed former White House Press Secretary, has allegedly been courting multiple officers in the few days since he resigned from his role. He could use this time to write a book, or become a cable news talking head, or try to reverse some of the damage he's done while working for the Trump Administration. Instead, it looks like he may be heading to ABC's powerhouse of mediocre contestants and high ratings, Dancing with the Stars.

According to the NY Post, Spicer has met with executives from ABC. “That has legs,” said an anonymous source who knows the details of the meetings. The good news here is that Spicer only has to last two episodes to beat the last embattled politician to appear on DWTS, Rick Perry.