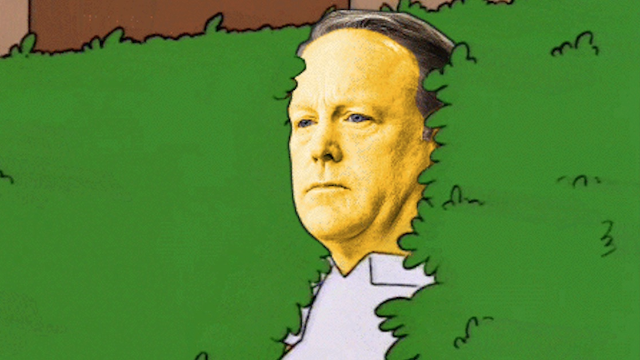 On Friday, Sean Spicer announced that he is leaving the White House, leaving just a gaggle of Goebbelses to do the president's bidding. From his first day at the podium declaring that "[Donald Trump's] was the largest audience to ever witness an inauguration, PERIOD," Spicer's tenure as White House press secretary has been filled with a lot of lies, and naturally, a lot of laughs to cope with the lies and attempts to attack the very philosophical nature of "truth."

The man had proven himself to be a meme magnet, inspiring content with every dumb statement and public appearance. Let us reflect on the best of these extremely bad times.

(For maximum impact, read while listening to Sarah McLachlan's "I Will Remember You.")