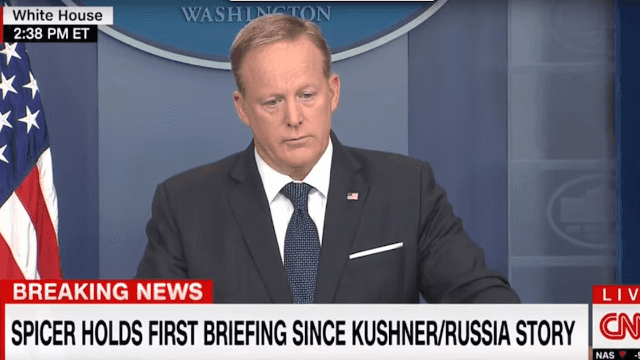 White House Press Secretary Sean Spicer made his grand return to the podium for his first on-camera press briefing in two weeks, stepping out for an administration that thinks the messaging (and not the darn Russia thing) is the source of their problems. That's like saying that after a catastrophic crash, a car just needs a better paint job.

And now, in an attempt to communicate on behalf of a White House that thinks they can lie their way out of messes that they've lied themselves into, Sean Spicer aggressively said a whole lot of nothing which, in Trumpworld, is everything.