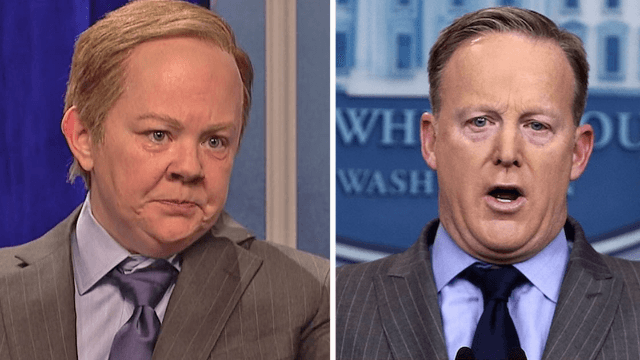 Here's what Sean Spicer thinks of Melissa McCarthy's hilarious 'SNL' impression of him.

Over the weekend, SNL made the inspired choice to parody a White House news conference with the star player, White House Press Secretary Sean Spicer, played by a bombastic, screaming, gum-crushing Melissa McCarthy.

It went viral. Because just look her:

On Sunday, Spicer talked to Extra about the sketch, which apparently blew up his texts to the point that he thought something catastrophic was happening.

Extra says that Spicer "felt the impression was a little exaggerated," which is like saying the show 24 is a little dramatic. In his words, McCarthy "needs to slow down on the gum chewing; way too many pieces in there."