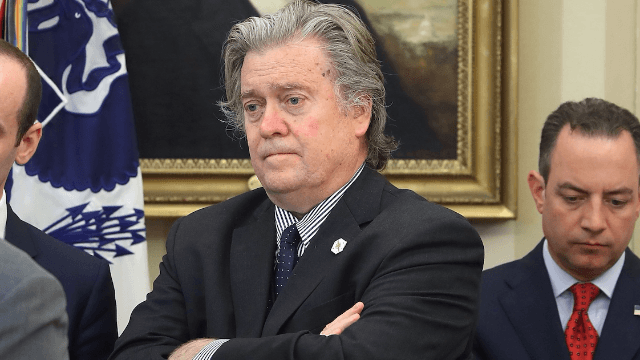 Steve Bannon is leaving the White House and Twitter is throwing a party.

By now you've probably heard the news that White House chief strategist Steve Bannon is officially leaving the White House. Oh boy, can anyone keep a job in this administration?!

The news of Bannon's sudden departure can hardly come as a shock with a White House that goes through senior officials faster than Sean Spicer goes through packs of gum, but nonetheless, the jokesters of Twitter took a moment on Friday to pay their respects to the newly-ousted Bannon.

Some offered alternative headlines for the news.

🚨Trump White House Admits Steve Bannon Died In January, Has Been Weekend At Bernie-d In Photos Since.