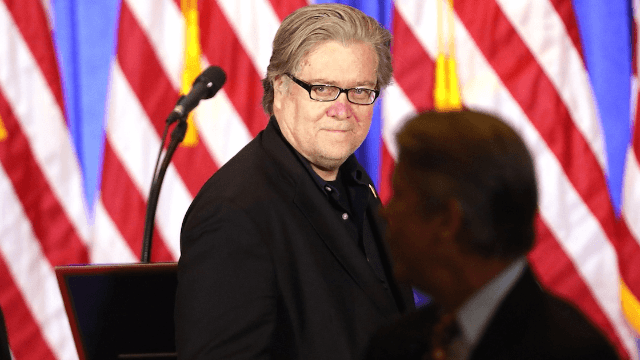 Steve Bannon has a painting of himself dressed as Napoleon. Twitter has some jokes.

What is it with the Trump administration having weird art of themselves hanging on their walls?

New York Magazine reporter Joshua Green wrote a whole profile on White House Chief Strategist, Steve Bannon, published on Sunday. There's one particular detail in Green's report that Twitter seems to have latched onto: Steve Bannon once had an oil painting of himself dressed as Napoleon hanging in his office. Yes, Napoleon as in Napoleon Bonaparte, as in the former Emperor of France.

My fav weird detail about Bannon: He had an oil painting of himself dressed as Napoleon in his office: pic.twitter.com/anFT0ntL9z

Naturally, Twitter had a lot to say about this revelation.

Since the actual portrait was not included in the article, Twitter users were left to speculate what it must look like.