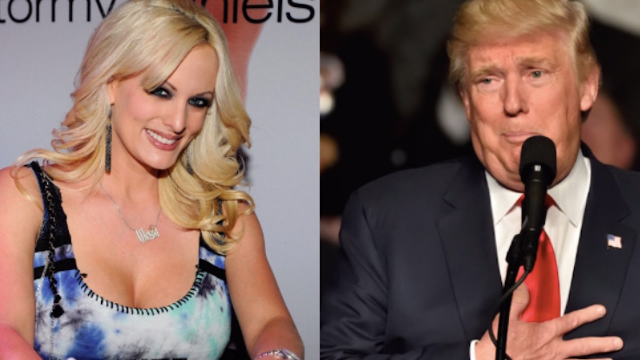 Stormy Daniels just put out a suspicious new statement ahead of her 'Kimmel' appearance.

Stormy Daniels—who will be providing the adult film industry's official response to the State of the Union address on Jimmy Kimmel Live! tonight—has allegedly come out with a new statement, and it's confusing.

BuzzFeed reporter Tom Namako tweeted out a statement attributed to Stormy, that denies that she had an affair with the president—but doesn't deny that she accepted a settlement.

To Whom It May Concern:

Over the past few weeks I have been asked countless times to comment on reports of an alleged sexual relationship I had with Donald Trump many, many, many years ago.

I wall have no further comment on this matter. Please feel free to check me out on Instagram at @thestormydaniels.