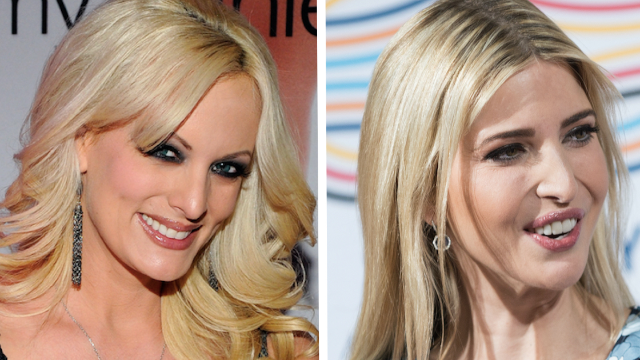 Stormy Daniels alleges Trump said she was 'just like his daughter.' Ewwwwww!

Stormy Daniels, the adult film star who Donald Trump allegedly paid $130,000 to in 2016 for her silence concerning an affair they'd reportedly had a decade earlier, had spoken to In Touch in 2011, way before signing the NDA. In the interview, she talked about having sex with Trump (her words: "Ugh, here we go"), as well as how impressed he supposedly was with her business savvy.

An excerpt of the interview has been published by In Touch online, but the full interview can only be read in the actual magazine. According to Spin, one of the things that made it into the magazine but not the online excerpt is the part where Donald Trump compares Stormy Daniels to his own daughter. Ewwwww, nooooooo.