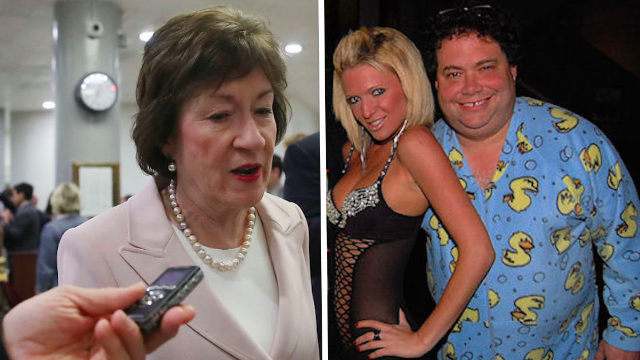 Senator caught on live mic talking sh*t about Rep who wished he could 'duel" her.

This Monday, word got out that Blake Farenthold, Republican congressman, footie pajama connoisseur, accused sexual harasser and former owner of www.blow-me.org, suggested on a radio show a few weeks ago that he would totally duel Senator Susan Collins of Maine if she were a man from Texas, which she is not.

To explain! In an interview with a Corpus Christi radio station a few weeks ago, the Texas congressman blamed the "absolutely repugnant" Republican women of the Senate for not helping to repeal Obamacare.

“Some of the people that are opposed to this — there are some female senators from the northeast. If it was a guy from south Texas I might ask them to step outside and settle this Aaron Burr-style.”

By which he means a duel with guns. And hats!