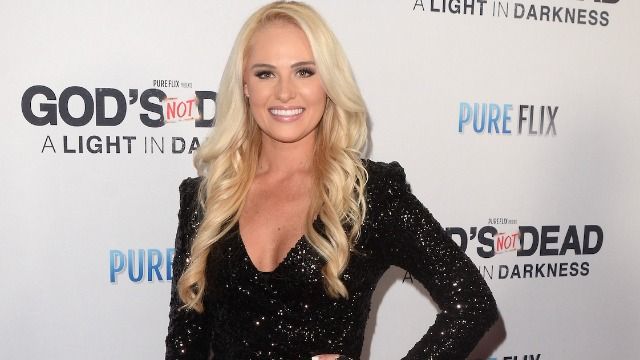 Another day, another bizarre statement from America's most incendiary blonde, Tomi Lahren.

The right-wing political commentator stoked yet-another-controversy this week when she called flight attendants "Nazis of the air" for enforcing the mask mandate during commercial flights.

The CDC still advises that people traveling on commercial flights wear masks during the flight. And while most commercial fliers seem to have no issue with this, there has been an uptick in belligerent behavior from travelers who see the mask mandate as a breach of their personal freedom.

While appearing on Fox News this week to discuss the rise in "unruly" behavior on flights, Lahren said:

There are so many good flight attendants out there, but there are some flight attendants out there that take their job as the mask police to extreme, becoming almost Nazis of the air and it's ridiculous. It drops beneath your nose, they're constantly getting mad at you. ... There is no excuse for violence, but we need to lift the mask mandate in the air, and I have a feeling a lot of these issues will go away.