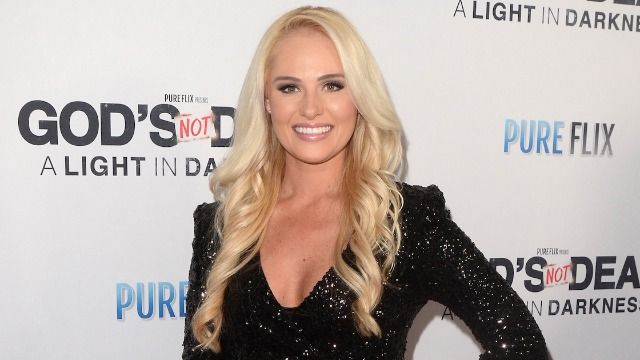 A lot has changed in the past year, but some things never will. Like conservative commentator Tomi Lahren who continues to wake up every day and do what she does best: stir up controversy on Twitter.

On Monday, Lahren went after people who "fly a pride flag higher than the American flag."

"If you fly a pride flag higher than the American flag, don’t worry we know exactly who you voted for and it’s embarrassing!" she wrote.

Lahren's tweet suggests that American pride and LGBTQ+ pride are somehow in competition and whichever "team" you choose correlates with your political beliefs.

As so often happens when Tomi posts her inflammatory views, people had a lot to say about this. Many of the responses pointed out her hypocrisy on the subject of flags.