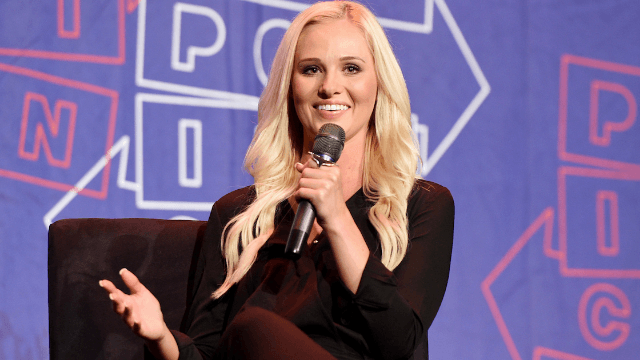 Tomi Lahren claims media ruined her morning by pointing out her Obamacare hypocrisy.

This past weekend, during a discussion with Chelsea Handler at Politicon, fierce Obamacare opponent Tomi Lahren made the mistake of admitting that she, herself, benefits from one of the main provisions of the program -- the one that allows children to stay on their parents insurance until the age of 26.

Naturally, many media outlets pointed her hypocrisy out, because it is hilarious. Tomi took issue with this in an editorial for The Hill, claiming that they "ruin[ed] an otherwise pleasant morning" by criticizing her instead of cheering the debate as "an important step for free speech."

Those damn snowflakes. It is almost as if we hear Tomi Lahren and her ilk speaking all of the time, and this is nothing new for us. As if Tomi has already been on The Daily Show and Real Time with Bill Maher and The View or something or already gets an undue amount of attention to begin with simply because she is a blonde lady who goes around saying inflammatory things and insulting people. Preposterous!