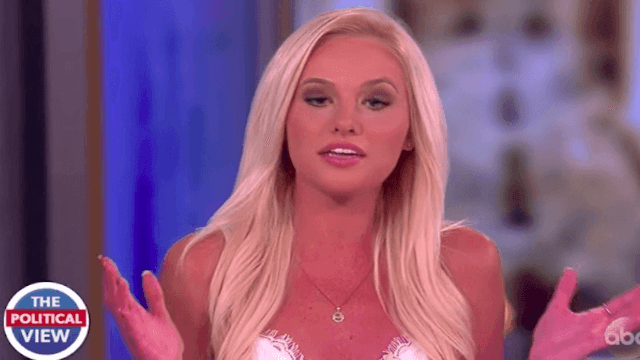 Tomi Lahren is an unemployed millennial after being formally banned from her old job.

Tomi Lahren, the 24-year-old conservative rant-show host who carved out a career for saying offensive things, said something too damn offensive for her network: that women should have the right to choose.

Last week, in a segment on The View, between defending Donald Trump's (attempted) Muslim Ban and wiretapping claims, the firebrand dropped, "I’m for limited government, so stay out of my guns, and you can stay out of my body as well."

Glenn Beck, who created and runs TheBlaze, responded to this little glimmer of tolerance by suspending her show, and the Page Six reported on Sunday that the suspension.