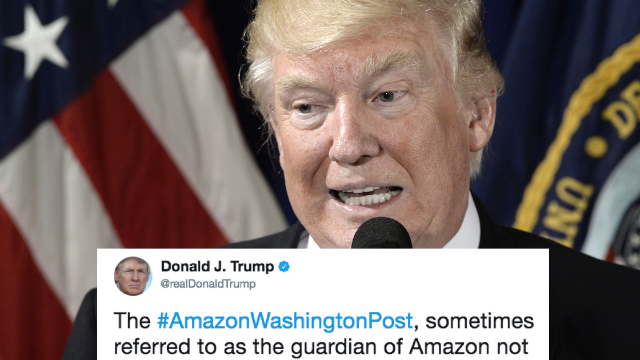 Everyone is trolling Trump for trying to make this ridiculous hashtag a thing.

We've all tried to make up a hashtag at some point, and failed. This might be the one thing we all have in common with President Donald Trump, who went on another Twitter rampage this morning. Because apparently that's what presidents do now. And this morning, he got especially creative while going after Jeff Bezos, Amazon and the Washington Post. His efforts backfired.

At 9:06 am, the President chose to hit send on this tweet:

The #AmazonWashingtonPost, sometimes referred to as the guardian of Amazon not paying internet taxes (which they should) is FAKE NEWS!