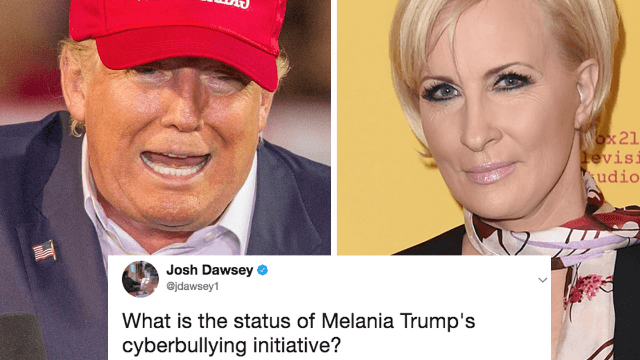 Trump just tweeted about a TV host's 'bleeding face-lift' and no one believes this is normal.

...to Mar-a-Lago 3 nights in a row around New Year's Eve, and insisted on joining me. She was bleeding badly from a face-lift. I said no!

Even with the long list of Trump's disgraceful comments growing by the day, this latest statement—attacking Brzezinski for "bleedly badly from a face-lift" is particularly heinous.

Many snarky things I could say. But I won't. I am saddened by just how much Donald Trump has diminished the Presidency of our United States. https://t.co/VE20myjaPC

Even under Trump standards, this is a jaw-dropping remark. https://t.co/t2OyXdfcy8