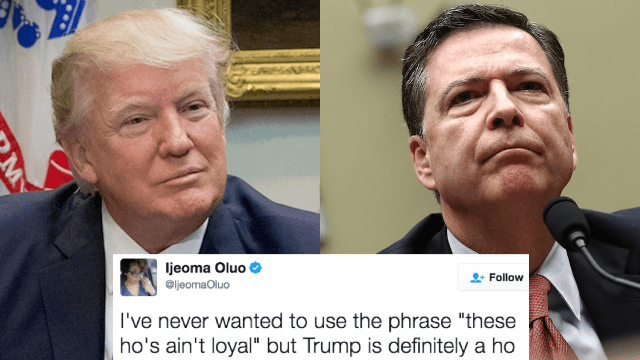 BREAKING: the Trump administration told FBI director James Comey "you're fired!" today, Politico reports. The firing came with zero warning in the midst of Comey investigating Trump's ties to Russia. So to debrief you: things just went from really really really real to OMG WTF IS HAPPENING IN OUR GOVERNMENT?!?!

"Today, President Donald J. Trump informed FBI Director James Comey that he has been terminated and removed from office," said Sean Spicer in a statement.

"The FBI is one of our nation’s most cherished and respected institutions and today will mark a new beginning for our crown jewel of law enforcement," said President Trump in a White House statement.