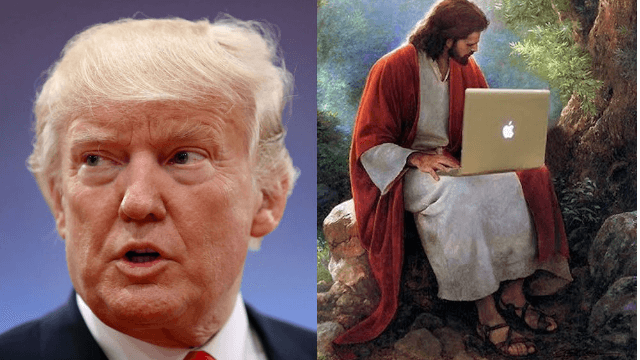 Trump is getting 'downloads' straight from God, according to his 'Christian policy' advisor.

For those of you who have been wondering why the President of the United States spends so much time on Twitter calling people names, Pastor Frank Amedia has an explanation. The former "Christian Policy liason" to the Trump campaign claims that the reason he is doing this is... because God told him to. That God is, in fact, "downloading" directly into Trump's brain, causing him to tweet about how CNN is "fake news" or how Meryl Streep is an overrated actress.

He took some time to explain this fascinating theory over at Jim Bakker's Buy My Mexican Food Buckets 'Cause The World Is Ending Soon Funtime Hour.

Amedia explains that Trump turns to Twitter because he is bored with "nonconsequential" things like running the country and what have you -- on account of the fact that God has given him the gift of "discernment."