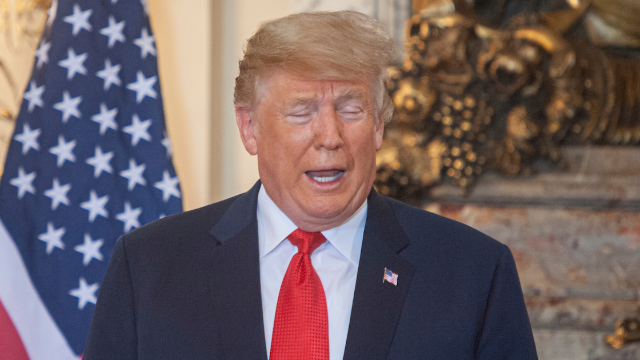 Trump jokes to crowd of 9/11 first responders about the stage collapsing beneath them.

As a comedian, I believe in freedom of speech and love dark comedy and have been known to get looks at the occasional party for making an off-color joke. But even I know that making a 9/11 joke in front of an audience comprised of 9/11 first responders and their families is crossing every imaginable line, and especially when you are the President of the United States. But if there's one thing our president is good at, and there is literally only one thing: it is crossing lines.

Earlier today, while signing a bill to authorize the extension of the 9/11 Victim Compensation Fund, Trump was joined by more than 200 people whose lives were impacted by the 9/11 terrorist attacks, including more than 60 first responders and their families.

He took this opportunity to make a joke that the stage might collapse under everyone, adding that if it does, at least they "are not falling very far."

Just before signing the 9/11 victims compensation bill, Trump jokes with the first responders and their families that the stage may not hold all of them but that if it collapses they "are not falling very far" pic.twitter.com/h9qY3C7iHK