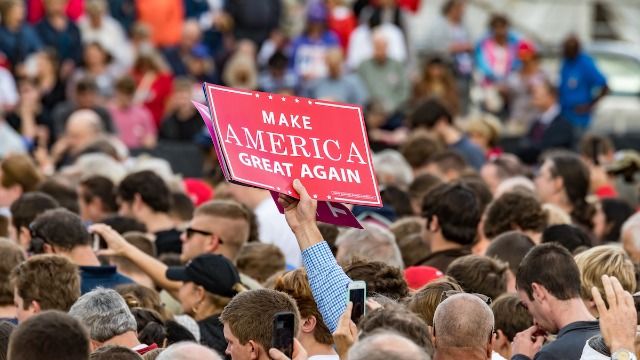 ICYMI: a mob of angry Trump supporters stormed the Capitol Building in Washington D.C. today in an attempt to thwart the counting of ballots by Congress that would make Joe Biden the official President-elect of the United States. The rioters broke into the building and forced the House and Senate into lockdown while the world watched in horror.

The US Capitol is on lockdown. pic.twitter.com/NJGnMgJyDY

Congresspeople and others trapped inside the building tweeted surreal updates and videos documenting the terrifying, dystopian scenario.

Whoa: Trump supporters going at it with the police on the steps of the Capitol as Congress counts the Electoral College ballots inside pic.twitter.com/LiQhaa5KkQ