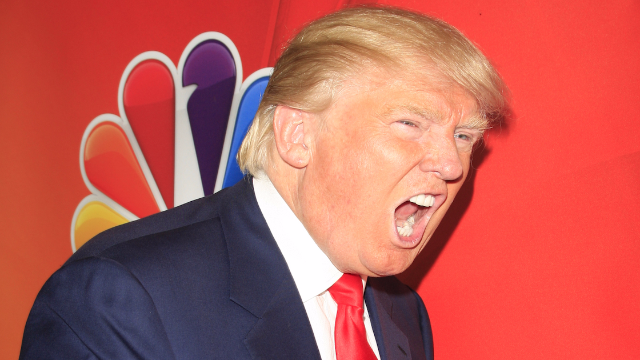 Trump made the National Prayer Breakfast about 'The Apprentice.' Again.

For the second year in a row, Donald Trump decided to make the National Prayer Breakfast—a brunch date with Christian leaders—about his old TV show, The Apprentice.

Trump woke up this morning and decided to remind everyone of the fact that before he was a Republican president, he was a Hollywood liberal with a show on NBC, firing people in his tower with his kids for 14 years.

Will be heading over shortly to make remarks at The National Prayer Breakfast in Washington. Great religious and political leaders, and many friends, including T.V. producer Mark Burnett of our wonderful 14 season Apprentice triumph, will be there. Looking forward to seeing all!