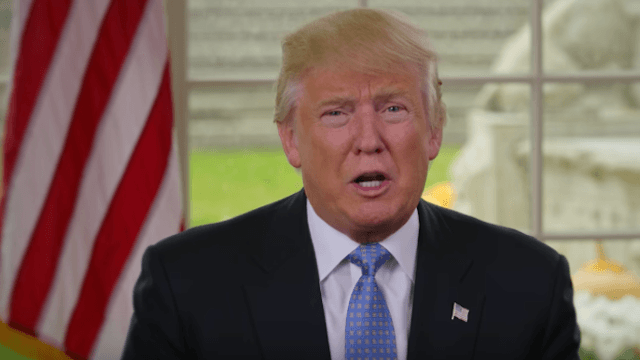 This may be Trump's most pathetic tweet about the border wall yet—and people are tearing it apart.

Among the many things Donald Trump promised but can't actually get done because nobody likes him, the fantasy of a bigly beautiful wall on the Mexican border is perhaps the most striking metaphor of his idiocy. After all, he began his campaign by slurring the entire nation and has repeatedly vowed that he will somehow—maybe with a great deal!—get them to pay for the structure, despite maybe eight people total seriously believing that this is in any way plausible.

But maybe the reality of the situation is starting to dawn on Trump: Nobody wants to help him get this idiotic project off the ground, not even the entirely Republican-controlled U.S. government. So, time to blame Democrats.

The Democrats don't want money from budget going to border wall despite the fact that it will stop drugs and very bad MS 13 gang members.