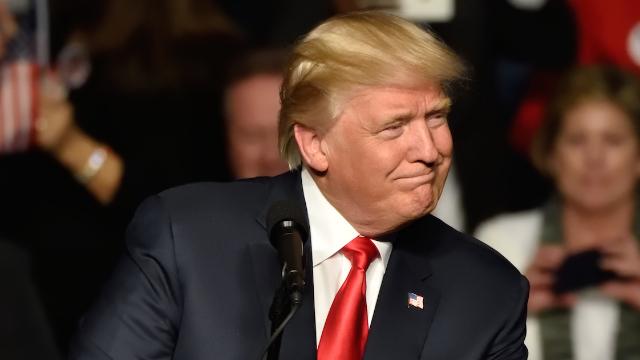 Joy to the world, the President is putting people's lives in danger with his Twitter feed again. While you were stuffing your face with Aunt Cathy's holiday pudding, Trump and Melania decided to visit the troops in Iraq. As if being a soldier in Iraq during the holidays isn't already hard enough.

According to a report in Newsweek, during Trump and Melania's surprise visit, the president asked Lieutenant Commander Kyu Lee, the chaplain of Navy Seal Team 5, to pose for a picture with him. Sounds like Trump alright. One (huge) problem: the photo reveals the presence of the special-ops team at the al-Asad Airbase in western Iraq, Newsweek reports. After leaving the Iraqi airspace, Trump shared video of himself and Melania with members of Seal Team 5 in full battle gear, including night-vision goggles, to his 56.6 million Twitter followers.

.@FLOTUS Melania and I were honored to visit our incredible troops at Al Asad Air Base in Iraq. GOD BLESS THE U.S.A.! pic.twitter.com/rDlhITDvm1