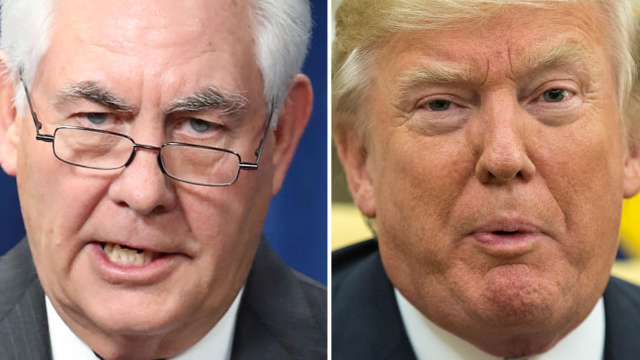 Rex Tillerson reportedly called Trump a moron and Pence had to mediate. Get popcorn.

A salacious new report from NBC News has everything: Secretary of State Rex Tillerson calling Donald Trump a "moron" in front of multiple administration officials, VP Mike Pence talking Tillerson down from resigning, and a seemingly immediate response from the president:

Wow, so many Fake News stories today. No matter what I do or say, they will not write or speak truth. The Fake News Media is out of control!

And hours later, an explicit response from the president:

NBC news is #FakeNews and more dishonest than even CNN. They are a disgrace to good reporting. No wonder their news ratings are way down!