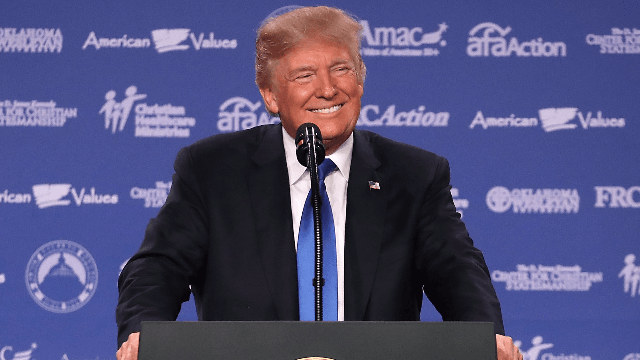 Trump says he met with the US Virgin Islands president. Umm, HUGE problem.

You know on sitcoms when a character hates their job so much that they orchestrate a series of comical fuck-ups in hopes of getting fired? Well, I think that's what our president is doing, because he's running out of excuses for his ridiculous mistakes.

While giving a speech in D.C. on Friday, Donald Trump mistakenly called the governor of the United States Virgin Islands (who is Governor Kenneth Mapp, by the way) the "President of the Virgin Islands." But, as CNN pointed out, the person who holds that office would be...Donald Trump.