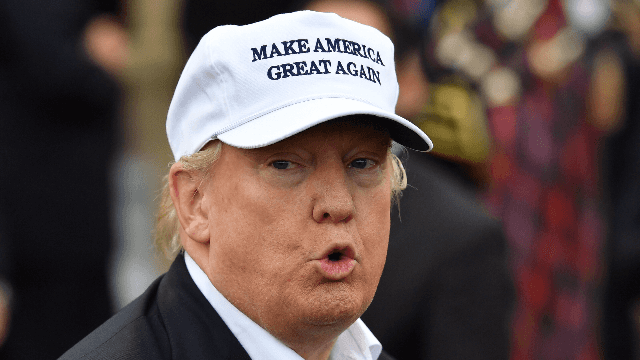 Donald Trump has postponed his visit to the UK for the most Trump reason ever.

Donald Trump hasn't been a popular figure in the UK for some time, but his controversial reaction to the recent terrorist attacks in London cemented his place on the general population's list of "people we don't fancy at all."

If you'll recall, Trump used the horrific attacks to rally support for his travel ban, and went on to twist the words of London Mayor Sadiq Khan to make him seem weak on terror:

We need to be smart, vigilant and tough. We need the courts to give us back our rights. We need the Travel Ban as an extra level of safety!

At least 7 dead and 48 wounded in terror attack and Mayor of London says there is "no reason to be alarmed!"

Trump was quickly and decisively slammed back by Khan's team, JK Rowling, and pretty much everyone in London: