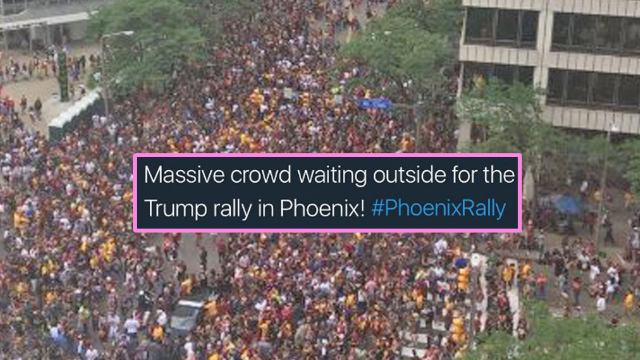 Trump supporters are posting pics of the 'huge' crowds at his rallies. Only one problem.

Donald Trump and his followers have an obsession with crowd sizes. From his campaign trail rallies to his famously measly inauguration crowd, it would seem that Trump is constantly in a proverbial dick-measuring contest against Hillary Clinton or Barack Obama when it comes to crowd sizes— and, as usual, he seems to be coming up short.

On Tuesday, one particular picture made its rounds on #MAGA Twitter, depicting a huge crowd spilling into the streets in anticipation for the president's rally in Phoenix, Arizona yesterday.