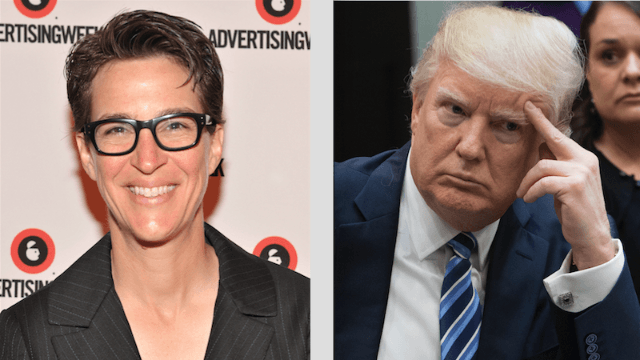 Trump's 2005 tax return was just revealed on MSNBC. Here's what we learned.

Rachel Maddow announced via Twitter earlier tonight that she had President Donald Trump's tax returns, and would be revealing them on MSNBC at 9pm. Immediately, people were speculating and freaking out.

David Cay Johnston, a Pulitzer prize-winning investigative journalist who specializes in tax issues, is the source by which MSNBC obtained the report. Specifically, Johnston received Trump's federal tax returns from 2005.

Maddow reported that the two-page 1040 report simply appeared in Johnston's mailbox earlier this week. "Donald creates his own reality," Johnston said when speculating that perhaps someone from Trump's team leaked the return themselves, a theory that surfaced in relation to previous Trump-related news leaks, like the nude photos of his wife Melania. And while we can't know how they appeared, we do know that the White House wasn't happy about the announcement.