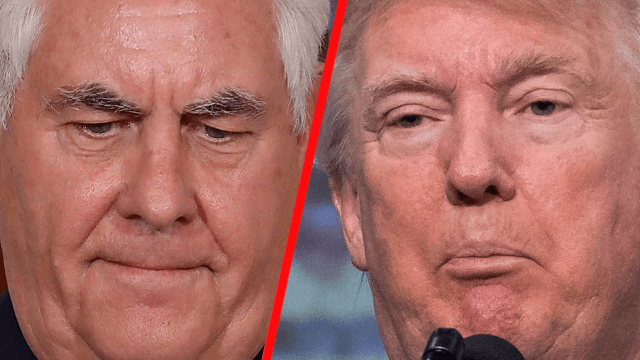 Trump challenged his own secretary of state to a test to prove who's the real moron.

The secretary of state called Donald Trump a moron. That's "fake news," according to Donald Trump in a new interview with Forbes. But wait! In case it's not fake news, he has to have his bases covered. In that case, ahem:

"I think it's fake news, but if he did that, I guess we'll have to compare IQ tests. And I can tell you who is going to win."

"Donald Trump is a moron."

To reiterate: Trump says that he would take an IQ test against his Secretary of State to prove he's not a 'moron' like Tillerson said. https://t.co/tLORrCLlGp