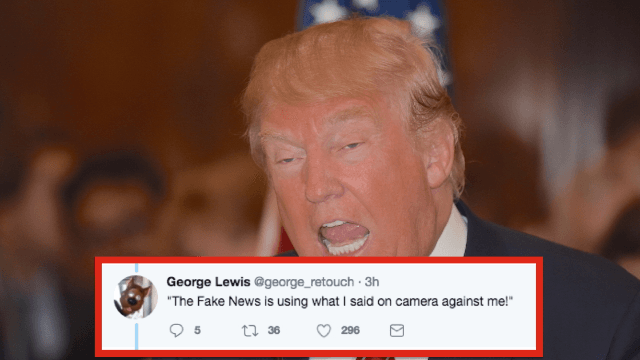 Trump's morning tweets covered all his faves: Fake News, Nazis and the Confederacy.

President Donald Trump's usual morning tweet-storm veered straight into tweet-tornado territory this morning. The man tweeted eight times before 10 a.m. and we can barely keep up.

He started out by trash-talking Senator Lindsey Graham, who on Wednesday made a statement saying that Trump "took a step backward by again suggesting there is moral equivalency between the white supremacist neo-Nazis and KKK members who attended the Charlottesville rally and people like Ms. Heyer." He was referring to Heather Heyer, the 32-year-old woman who was murdered by a white supremacist last weekend.

Publicity seeking Lindsey Graham falsely stated that I said there is moral equivalency between the KKK, neo-Nazis & white supremacists......

...and people like Ms. Heyer. Such a disgusting lie. He just can't forget his election trouncing.The people of South Carolina will remember!

The public is learning (even more so) how dishonest the Fake News is. They totally misrepresent what I say about hate, bigotry etc. Shame!