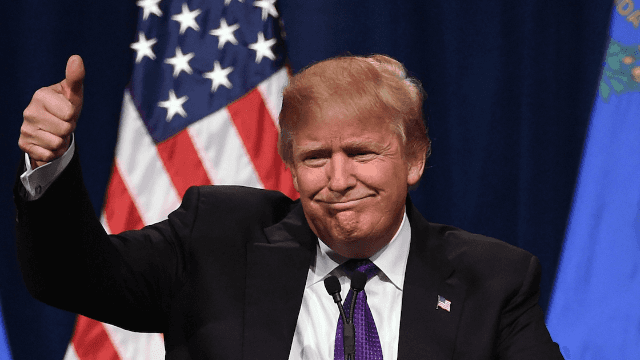 Trump goes after the London mayor in latest tweetstorm, gets slammed right back.

On Saturday night, London suffered its third terrorist attack in as many months. As the Telegraph reports, three terrorists first drove a truck into civilians on London Bridge and then went after people with knives in the Borough Market neighborhood. Seven people were killed and 48 more wounded, according to the Telegraph.

In response to this terrible tragedy, President Donald Trump tweeted on Saturday night:

We need to be smart, vigilant and tough. We need the courts to give us back our rights. We need the Travel Ban as an extra level of safety!

President Trump's tweet did not directly refer to London or offer condolences to the victims and their families. Instead, Trump mentioned his proposed travel ban again.

Realizing his blunder, President Trump did eventually tweet something kind about London and the U.K., more along the lines of what you'd expect from a world leader.

Whatever the United States can do to help out in London and the U. K., we will be there - WE ARE WITH YOU. GOD BLESS!