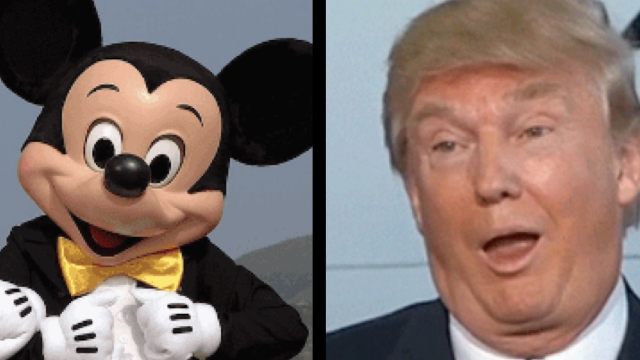 Trump's team is warring with Disney over his 'Hall of Presidents' robot. Of course they are.

Donald Trump and his team have pretty much picked a fight with everyone else at this point, so it only makes sense that he is now feuding with Mickey Mouse.

According to Vice, there is some major drama surrounding President Trump's animatronic avatar in the Hall of Presidents ride at Disney World. Trump's avatar was originally intended to debut in Magic Kingdom at the start of summer. However, Disney executives and Trump's team can't seem to agree on the speech the Trump-bot will give at the end of the exhibit, and the discrepancy is holding everything up. The Hall of Presidents ride has been closed for renovations since January 2017, and unless Disney and the Trump team can come to an agreement, it will remain closed.