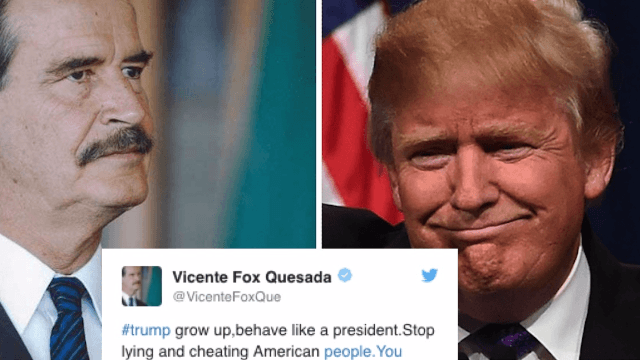 The former president of Mexico is trolling Trump hard on Twitter.

Vicente Fox, Mexico's former president from 2000-2006, has been trying to beat President Trump at his own game by writing scathing posts on Twitter.

Generally, Vicente Fox, who has been out of office for over a decade, tweets in Spanish. But recently he has pulled out his English to make sure Trump, and the rest of America, gets the message.

He has been going at Trump since before the results of the election...

AMERICA don't let a MADMAN into the presidential chair of the US, you'd be making a historical mistake! Don't let him get away with insanity

But things have seriously heated things up in the past few days.

Earlier today, Fox posted this response to Trump's claim that the 2016 election had millions of illegal votes.