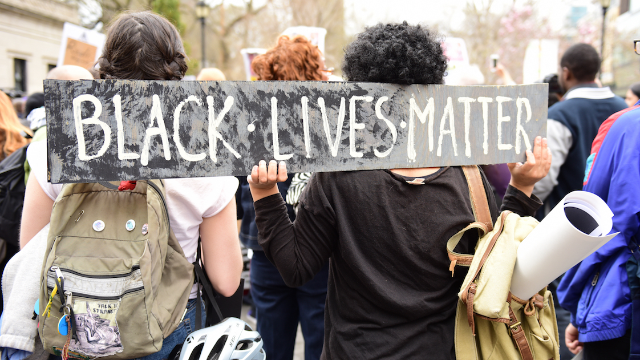 Video shows cops arresting black man for 'speeding' then choking him when he resists.

Another day, another viral video of the police harassing black people for the "crime" of living their lives.

A video making the rounds on social media today shows a black man being aggressively detained, harassed, choked and tackled to the ground by police.

FOR APPARENTLY NO REASON.

The man had been pulled over by a cop in Texas "without [being] given a reason," according to the person who shared the video on Twitter. He says the cop then "tried to arrest" the man, who repeatedly asked "detained for what?" and was told he was being arrested for "speeding." Cops tried to handcuff the man, who refused to comply with "being handcuffed and arrested for speeding." Then another cop showed up, and they escalated the situation, putting the man in a chokehold and tackling him to the ground.

Meanwhile a woman in the background is heard screaming in terror, pleading with the cops not to hurt him.