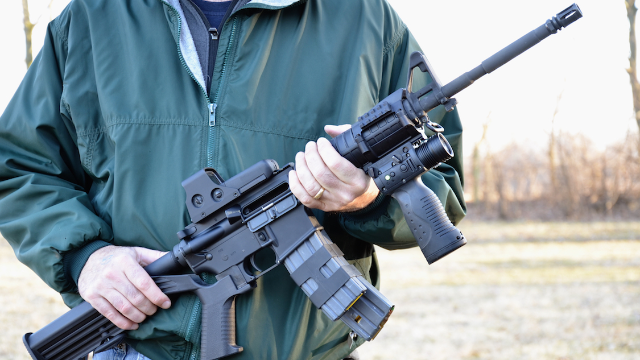 Recently, two deadly mass shootings within 24-hours, one in El Paso, Texas, and one in Dayton, Ohio reignited the polarizing and seemingly never-ending debate about gun control. One of the arguments pro-gun people use to defend their right to carry around guns is that "it takes a good guy with a gun to stop a bad guy with a gun." But how is the general public supposed to know the difference between a "bad guy" and a "good guy"? And how often do we read stories of mass shooters actually being stopped by a "good guy" with a gun?

Journalist Charlie Sykes shared a 2013 photo of a man with an assault rifle strapped to his back waiting in line at Starbucks on Twitter and asked people if this would make them feel safer or less safe.

Serious question: You walk into a business and see this —> do you 1. Leave
2. Feel Safer
3. Don’t Care pic.twitter.com/ovRLQyBXSH