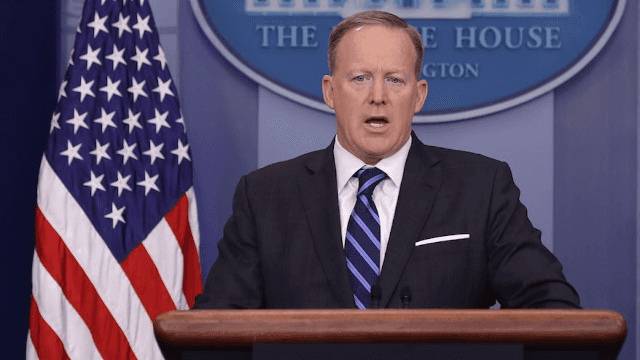 The Trump administration's relationship with the press has been iffy at best. Recently, the White House has been having a lot of off-camera press conferences, not allowing reporters to bring any sort of camera into the briefing. Well, one news organization has found a way around that. (Sort of.)

On Friday, CNN tweeted that since cameras weren't allowed at some press briefings, they decided to go with a different approach. According to Mashable, CNN sent Bill Hennessy, its Supreme Court sketch artist, to capture the moment instead.

The White House has been prohibiting cameras at some press briefings, so we sent a sketch artist https://t.co/FuKv8RjYD2 pic.twitter.com/pCPzMZas5G

We have to say, pencil really suits Sean Spicer.