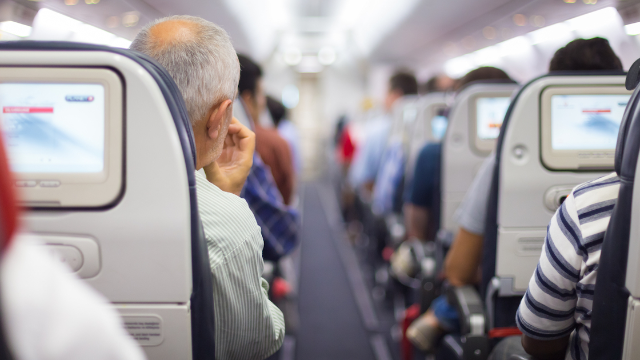 In these horrifying times, it's sadly comforting to hear a story of racism in the U.S. that ends with karmic justice being served (and that doesn't end with the President encouraging and endorsing the hateful rhetoric). Yes, that's the silver lining we have to work with in 2019.

Earlier this week, a writer named Jaime Primak was on a plane to NYC when a racist passenger, perhaps empowered by Trump's racist rhetoric, told her to "please stop speaking Spanish." Immediately, she says the man sitting next to him came to her defense by speaking in Spanish, and then the flight attendant joined in. She says the gestures made her so happy, she wanted to "get up and dance."

This man just asked me to “please stop speaking Spanish” on this plane to NYC (in his defense it’s very early and he’s racist) so the man next to him STARTED SPEAKING SPANISH and then the flight attendant and my GOD i have never wanted to get up and dance more than i do now.