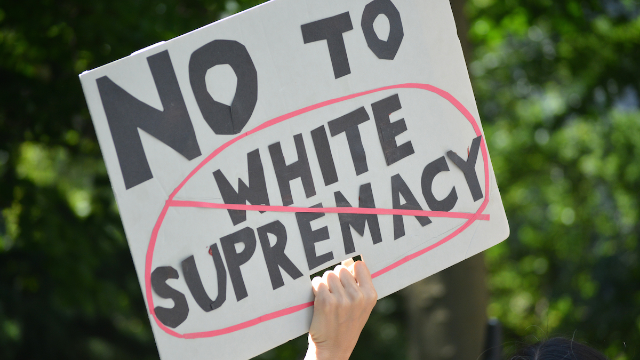 Watch a white supremacist learn he's 14% black while the woman next to him loses her sh*t.

When it's not dividing humanity and causing massive amounts of destruction and suffering, racism can actually be pretty hilarious. Because it's based in ignorance, and people being dumb can be very, very funny.

A prime example is this video from about 5 years ago which is going viral again on Reddit this week. The video shows a white supremacist who proposed an initiative to turn a North Dakota town into a "white enclave." Then on a TV segment, he is read the results of a genetics test which reveals that he's about 14% black. The best part, despite him looking like an idiot for spouting racist views that insult his own ancestors, is the reaction of the woman next to him. She has the kind of laugh that only usually happens between you and your best friend over a large pitcher of sangria. Her ability to find humor in this guy's absurd racism should give us all a little hope.