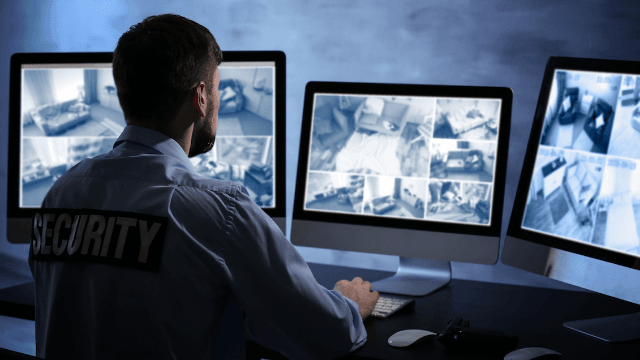 Do you, like Rockwell, always feel like somebody's watching you? Well, sometimes, you could be right. At least if you are in a place where there are security cameras. Or if you have pissed off Blues Traveler's John Popper.

It's creepy to think about being watched. Sometimes, however -- as a recent AskReddit thread proves -- being on the other side of the security cams can be even creepier.

1. Tonytwotimes505 isn't sure what he saw, but I am pretty certain it was something to do with aliens. Light orbs? A deboned cat? Totally aliens.

Used to see little crescent shaped light orbs floating around the back dock of a nursing home that I did a little security for when I was young.

First time I saw it I thought it was a reflection of a flashlight and that somebody was screwing around behind the building. I jumped up and ran to that door only to find that it was pitch dark and no movement of any kind going on.

Only explanation I was ever able to come up with is it had something to do with the electrical panel energizing when the ac units would kick on. Don't know for sure but it made me feel a little better.

Also around that time the nurses found a cat that had been deboned, sprawled out on the sidewalk in front of the healthcare entrance. Paws and skull were the only hard bits left.