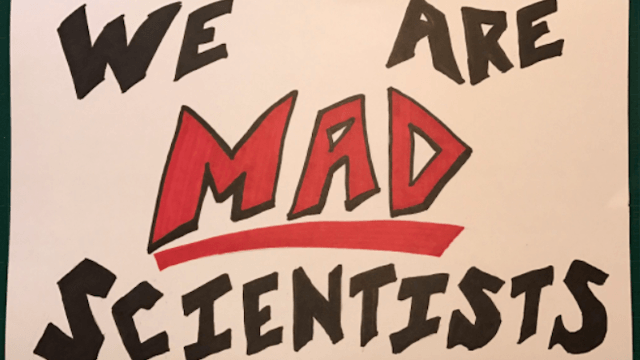 Here are some of the smartest, funniest signs from today's March for Science happening around the world.

Today is Earth Day, and it's also the first-ever March for Science, a demonstration happening around the world aimed to create awareness for the importance of scientific research and funding, as well as to protest Trump's anti-climate change views.

Scientists are feeling increasingly threatened by President Trump's policies and beliefs, and worried that funding could be dramatically cut during his presidency if the public isn't made aware of how important scientific research is to our lives. And while the people who came out today to march are definitely nerds, they're also funny and sassy as hell. Here are some of the signs from around the world at today's March for Science.